Protecting the Public Purse: The Role of Public-Private Partnerships in a Warmer World

In light of COVID-19, the 26th UN Climate Change Conference of the Parties (COP26) – the most significant climate summit since the 2015 signing of the Paris Agreement – was postponed. However, this does not signify that climate change has been knocked off the agenda. In fact, critical momentum around this issue continues to build.

Earlier this year Guy Carpenter released a report on public sector risk - Protecting Our Planet and the Public Purse. It highlights how the risk landscape for public-sector entities is changing at an unparalleled rate, with extreme weather set to dominate government agendas for decades to come, along with how the reinsurance sector is ready and able to support the increasing strain on the public purse.

Climate change is expensive. A recent Moody’s Analytics study predicts the economic consequences of climate change through six impact channels – sea-level rise, human health effects, heat effects on labor productivity, agricultural productivity, tourism, and energy demand. Referring to projections included in the most recent IPCC report, Moody’s says that in 2100 climate change could cost the global economy close to US$70 trillion under a warming scenario of 2°C. To put this in context, global GDP totalled approximately US$80 trillion in 2019. These headline estimates could be underestimating the impact of global warming, given that many predictions for global temperature rise exceed this 2°C limit. Impacts by region will also be uneven: Most countries could see significant economic deterioration, and those countries with the least ability to cope are likely to be the ones most affected.

At the same time as extreme weather events are becoming more frequent and severe, governments are absorbing an increasing share of the associated costs. The difference between total and insured losses is known as the “protection gap,” and a growing share of this is falling to the state, particularly in emerging markets where private insurance for both businesses and individuals is less prevalent. (See Exhibit 1.) Put simply, insurance penetration is falling behind rising loss trends – and matters will only deteriorate as climate change worsens extreme weather events. Given the emerging pattern of relying on state assistance for disaster relief, rising catastrophe losses represent an unbudgeted claim on public finances. Money spent to replace critical infrastructure, for example, inevitably draws resources away from other important community initiatives. Meanwhile, other equally complicated demographic and financial trends – from migration and aging populations to publicly held debt – are likely to exert significant fiscal pressure over the coming decades. These varied sources of financial strain mean that governments must rethink how to fund post-catastrophe support for communities and businesses.

A willing and able partner in the reinsurance industry

Amidst the global pandemic and devastation from extreme weather events, governments have an opportunity and an imperative to partner with the reinsurance industry in new ways. The industry can support governments’ catastrophe risk management by creating new coverages and assisting in the quantification of climate change impacts.

In the United Kingdom, the insurance industry in cooperation with the government established a joint initiative in 2016 called Flood Re to support the availability and affordability of flood insurance for homeowners most at risk from flooding. Through Flood Re, these risks are then shared with the reinsurance market.

Premiums charged by Flood Re to insurers are based on the properties’ council tax band, which are used as a proxy for affordability and a homeowner’s ability to pay insurance premiums. The market remains competitive as insurers still set their own pricing, but they do so knowing that their Flood Re premium is set off the fixed rates. The UK government does not provide a backstop to Flood Re. As such, Flood Re is required to purchase enough reinsurance to minimize the possibility of any risk being returned to insurers.

Since its inception, Flood Re has enabled more than 300,000 at-risk households to access affordable home insurance. Four out of five households with previous flood claims have achieved premium reductions of over 50 percent. A time-limited initiative until 2039, Flood Re is actively exploring resilience initiatives including Build Back Better and Property Flood Resilience measures in its efforts to achieve a normalized market that is not necessarily reliant on Flood Re.

In recent years, the reinsurance market has already established itself as a capable private partner for the public sector, as illustrated in its response to major events over the past 30 years. (See Exhibit 2.) The sector remains well capitalized, and the expertise developed over decades of dealing with market-changing events puts it in an unrivalled position to withstand most conceivable loss scenarios. Even now, despite unprecedented catastrophe losses in the past three years and recent turbulence in financial markets, the sector continues to operate from a position of plentiful capacity and abundant capital. Total reinsurance capital increased by US$115 billion, or one-third, between 2012 and the end of 2019, to reach US$438 billion. While insurers’ capital and earnings have been hit in recent months by declining equity markets, falling interest rates, and widening credit spreads due to COVID-19, the fundamentals of reinsurance capital remain strong.

The resilience of the reinsurance sector is reinforced by strong liquidity in the alternative market, which makes up approximately one-fifth of the sector’s total capital. Current alternative capital inflows represent only a small fraction of the volumes that could potentially arrive from the capital markets, although market conditions would, of course, dictate the opportunity to deploy additional capacity at acceptable risk parameters. This liquidity has the potential to further de-risk government balance sheets as it allows for an increase in the amount of coverage that can be made available to manage catastrophe risks. Over the past decade the introduction of alternative capital has served to reduce pricing volatility that has historically resulted from significant catastrophe events, thus reducing domestic economic disruption.

In sum, countries need to move faster if they are to address the reality of climate change and its attendant financial challenges. The reinsurance market has an important role to play by bringing private-sector risk management and risk capital to help address and narrow protection gaps. This is especially crucial at a time when governments worldwide are forced to bear a growing share of losses, while facing increasing costs associated with climate change, aging populations, and higher debt – not to mention COVID-19-related supply-chain interruptions and business closures.

Following the devastating wildfires that raged across California in 2017 and 2018, the state established the California Wildfire Fund. This fund provides claims-paying protection for the three largest investor-owned utilities in the state and will be capitalized mutually by utilities and ratepayers to a total capacity of US$21 billion. By pooling resources together into a fund, it allows the state to provide dual protection for wildfire risks caused by utilities and to enable the utilities to continue to maintain acceptable credit ratings for access to capital markets for the raising of debt.

There are two conditions to trigger the fund: First, one of the contributing utility firms must be deemed responsible by the California Department of Fire and Forestry Protection (or another qualifying state agency) for causing a wildfire; and second, claims must exceed USS1 billion in a calendar year. Aligned with broader state investments in wildfire mitigation and land management, each eligible utility corporation is also required to make significant investments in mitigation activities through safety and infrastructure upgrades. In remarkable speed, the first reinsurance placement was completed in September 2019, providing reinsurance cover for initial fund amounts through May 31, 2020.

Indeed, it is an exciting time to see how governments are turning to the reinsurance market for innovative risk-mitigation solutions. Such public-private partnerships can help communities build greater resilience and recover more quickly when catastrophes strike. The future is hopeful as governments and markets work together to de-risk public-sector balance sheets.

Protecting our Planet and the Public Purse 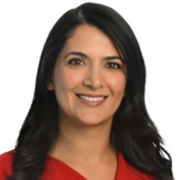