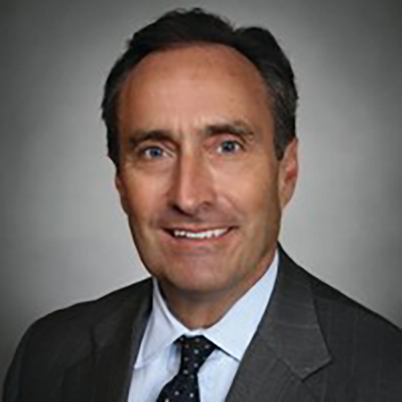 Jim Pierce is Chairman of Energy and Power in Marsh JLT Specialty.

Mr. Pierce is a graduate of Kenyon College and the Program for Management Development at Harvard Business School. He began his insurance career in 1978 as a marine insurance broker at Johnson & Higgins in New York. He subsequently joined the marine and energy department of Marsh & McLennan in New York, and soon transferred to London to lead a liaison office for that firm. Two years later, he moved to Houston to head the marine & energy group in the Southwest Region. Mr. Pierce joined Energy Insurance International in 1986, where he ultimately became manager of the marine & energy division in addition to his duties as an executive committee member. Following the acquisition of Energy Insurance by Aon in 1995, he rose to the position of Managing Director of Aon Natural Resources, where he was responsible for Aon’s marine and natural resource insurance practices in the United States. He held various corporate management responsibilities in addition to his role as Account Executive for a number of Aon’s major energy industry clients.

In 2006, Mr. Pierce rejoined Marsh to lead its global marine and energy operations. This role was expanded in 2012 to include global responsibilities for that company's aviation, construction, energy, infrastructure, marine, power, and rail industry practices. Mr. Pierce joined JLT's U.S. retail operation as its Chairman in 2014, and became Deputy Co-Chair of its Global Specialty operation in April of 2018.  On April 1, 2019, JLT was purchased by Marsh, and a new specialty brand (Marsh JLT Specialty) was created. It was at this time Mr. Pierce assumed his current role as Chairman of Energy and Power for Marsh JLT Specialty.

Mr. Pierce has also served on the Chancellor’s leadership councils at the University of Texas in Austin, and the University of Colorado in Boulder. From 2010 until 31 December, 2018, he was Chairman of the I Am Waters Foundation; a philanthropic enterprise committed to delivering spiritual and physical hydration to America’s homeless population.