Time May Be Running Out For Natural Gas

By Christine Oumansour and Mussadiq Akram
This article first appeared in the Houston Chronicle on October 28, 2020

Over the past decade, natural gas has been lauded as North America’s transition fuel — the abundant, cheaper, cleaner way to pivot from coal to a future of low-carbon fuels and renewables.

By the end of 2019, natural gas’ share of the fuels used to generate electricity had grown to 38 percent, up from 24 percent in 2010. That replacement of coal with natural gas helped utilities reduce carbon emissions by 4.6 billion metric tons between 2010 and 2018, Oliver Wyman calculations show — a monumental achievement at a time when power consumption was increasing.

Oliver Wyman, an international consulting firm, estimates that coal will be eliminated from the mix of fuels used in power generation by 2031 — at the latest. The problem for natural gas: Coal is now being replaced by even cleaner, and in recent years, cheaper, renewable energy. Once that transition from coal is complete, if not before, all eyes will turn to natural gas as it takes on the mantle of the biggest carbon emitter still in use in power generation. And the calls to eliminate natural gas — an agenda that is already being pushed by some — will intensify.

When the per megawatt-hour lifetime cost of wind-generated electricity fell below the comparable cost of natural gas generation in 2019, these demands became achievable. The only hurdle left for renewables is creating enough storage for solar and wind energy, a necessity increasingly recognized by many producers and investors. While Oliver Wyman estimates that 2039 is the earliest comprehensive storage coverage for renewables can be developed, there could be enough storage by 2025 to start pushing natural gas out of the generation mix and into significant decline. By 2034, enough storage will likely have been built to allow utilities to rely almost entirely on renewables for power generation, except perhaps during extreme peaks in power usage, Oliver Wyman data show.

The choices for natural gas

If no action is taken to change natural gas’ current trajectory, renewables will dominate the generation mix across the United States and Canada by the end of the decade. This will narrow the share provided by natural gas to potentially less than 10 percent, according to our data. We estimate that such a dramatic reduction in natural gas’ share of the generation mix could cause the destruction of as much $4.7 trillion of the industry’s value by 2050 — and that’s from well head to turbine. It shouldn’t be surprising as it’s a phenomenon already well underway in coal and beginning to be seen in oil assets.

For natural gas industry players, the solution is not to deny the impending energy transition. Instead, they need to lean into it. If the stiffest challenge to natural gas lies in the carbon dioxide emissions released when the gas is consumed as fuel, then the industry must proceed with all haste toward advancing technologies that eliminate those emissions.

A reduction in natural gas’ share of the generation mix could cause the destruction of as much $4.7 trillion of asset value by 2050

Investment in these technologies would enable clean gas to remain part of the green future envisioned by governments, shareholders and other stakeholder groups. Technologies that allow for carbon capture and the conversion of captured carbon into usable products exist today, but insufficient investment has been made in them to change the industry dynamic on carbon.

Based on a circular economy in which waste from an industrial process is converted into a useful, sellable product, the captured carbon can become a new source of revenue and profits for natural gas players. The new products made from recycled carbon would enable the industry to expand beyond its traditional business model into new tangential marketplaces.

North America is already the leading producer of recycled CO2, but products made from it are used globally. The production of fertilizer makes up more than half of recycled carbon consumption worldwide. Other products made from converted carbon, such as building materials and food additives, are still in early stages of development. The global recycled carbon market, currently at about 230 million metric tons, is projected to grow by more than 18 percent by 2025.

Yet, while this approach is touted by the industry, individual players are not demonstrating the commitment necessary to make the rhetoric become reality. Investment around a circular carbon economy has been taking a backseat to more mundane and less transformational pursuits like how to reuse frac water. For instance, while the United States is home to 80 percent of the world’s CO2 capture, utilization, and storage capacity, the 25 million metric tons captured per year represents less than 1 percent of the nation’s CO2 emissions from stationary sources.

Compare the scope of wind and solar investment versus efforts in carbon capture: Over the last decade, more than 4,000 solar and wind projects were installed in North America. While about 200 carbon-capture projects were built, we found that only two were focused on power generation. That investment in renewables led to improvements in technology, project execution and commercial stance resulting in solar’s per megawatt-hour lifetime cost falling 87 percent and wind’s falling 71 percent, according to the EIA. The United States also used the investment to install a gigawatt of solar power storage. The anticipated addition of more storage will eventually give a solar-plus-storage solution a distinct cost advantage over natural gas in the next two decades. Oliver Wyman projects a 60 percent decline in the cost of storage by 2035.

Carbon capture technology, on the other hand, has never reached critical mass and thus failed to recognize the same efficiencies and provide the industry the same boost. To benefit from carbon capture technology, the industry will need to get serious about its investments so it can begin to attract the same level of talent that currently flocks to renewable energy and other decarbonized sectors of the energy market.

Time is running out

To meet the goals of the 2015 Paris Climate Agreement, carbon capture, utilization and storage capacity worldwide would have to grow 100-fold over the next three decades, according to the latest report by the International Energy Agency. While this growth could require an investment of almost $700 billion over the next two decades in the United States alone, it would enable gas players along the value chain to mitigate the potential pending losses the industry will inevitably realize from a wholesale switch away from natural gas.

The next five years will be pivotal for the industry and for companies all along the value chain. The laurels of low fuel costs and a “better-than-coal” carbon footprint can no longer help natural gas ward off the inevitable. Even the most visionary gas companies need to re-evaluate and accelerate their investment into the technologies of a circular carbon economy if they are to remain relevant in the coming low-carbon world. 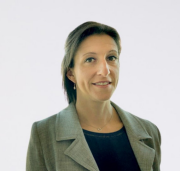 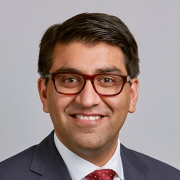