To avoid the worst impacts of climate change, global temperature rise must be limited to the 1.5°C mark, requiring a net-zero decline in global carbon emissions by the middle of the century. To successfully achieve its new target by 2050, the European Union (EU) economy must rapidly decarbonize. Most of the low-carbon investment needed to achieve this goal must come from the private sector, so the extent to which European companies’ low-carbon investment plans are compatible with this objective is a critical question.

A recent report, jointly published by CDP and Oliver Wyman, aims to answer that question by examining European companies’ 2019 disclosures to CDP. For a set of 882 companies comprising over 70 percent of European market capitalization, the report analyzes patterns in low-carbon investment by sector, the economics of emissions reduction initiatives, and whether corporate investment patterns are consistent with the net-zero goal.

Sizing up the green challenge

In 2019, this set of 882 companies was responsible for over 2.4 GtCO2e (gigatonnes of equivalent carbon dioxide) of emissions and reported almost €124 billion in low-carbon investments (capital and R&D) to CDP, mostly driven by companies in the high-emitting transport, energy, and materials sectors. (See Exhibit 1.) 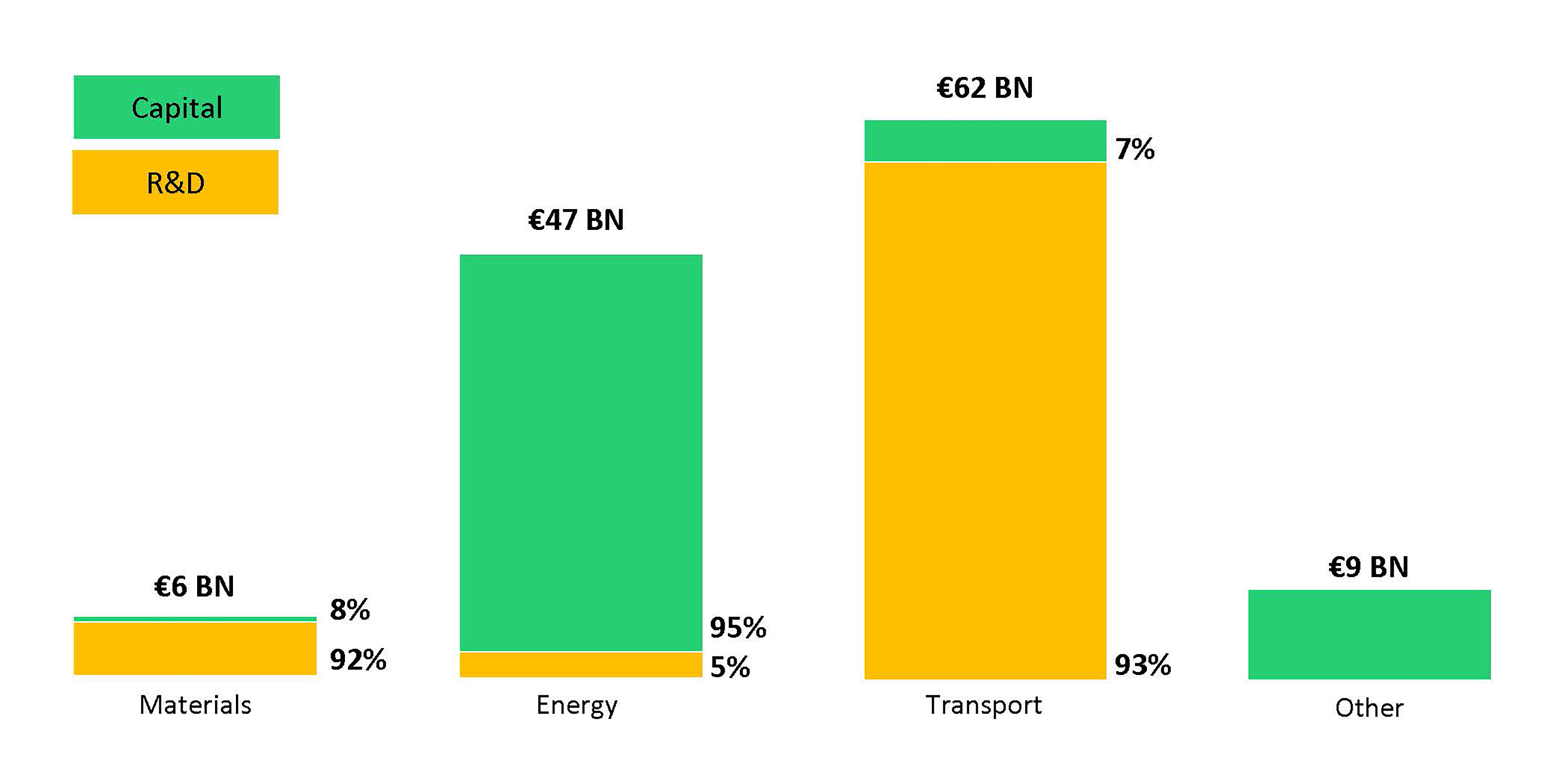 This level of reported low-carbon investment represents bold ambition from some companies, particularly in the transport sector. For example, these sectors are investing huge sums in renewable energy, grid infrastructure, electric vehicles, automation, and digitalization to transition their business models in pursuit of a net-zero emissions future. While these investments are significant and encouraging, there is still a long way to go for the economy as a whole.

Reaching net-zero emissions requires the development and deployment of many low-carbon technologies. Some of these are incremental and will offer “continuous improvement” of existing processes, such as measures to improve efficiency. Other technologies are transformational, offering step changes in emissions intensity through radical process redesign (for example, circular economy) or novel technologies such as carbon capture, utilization, and storage (CCUS) or alternative energy carriers such as hydrogen.

To move the needle toward a state of net-zero emissions, greater investment in transformational technologies is needed, particularly in the materials sector, which accounted for only 5 percent of low-carbon investment despite being responsible for 35 percent of reported Scope 1 and Scope 2 emissions. Companies in the cement, chemicals, metals and mining, and steel industries need to develop breakthrough technologies if they are to decarbonize in line with the EU’s ambitions. But new investments in such technologies carry a risk because these may disrupt existing business models. It is little wonder that minimal new investments in transformational technologies – alternative materials, circular economy processes, and advanced biofuels and synthetic fuels – were reported across the sector.

This estimate does not include investment in R&D, which also needs to increase significantly. A reasonable estimate, for most sectors, is that low-carbon R&D should at least double from current level. This is based on the EU’s target of a 50 percent increase in overall R&D intensity and the fact that low-carbon R&D needs to account for a disproportionate share of this increase.

The economic benefits of these are clear: businesses can expect to avoid 2.4 GtCO2e of emissions while adding over €40 billion to their bottom lines over the investments’ lifetimes.

The cumulative emissions reductions over the lifetime of their initiatives is also equivalent to the annual emissions of Germany, the UK, Italy, Poland, and France combined.

The significant emissions reductions being achieved for low or negative abatement costs reveal favorable economics for much of the low-carbon investment taking place, particularly for investments in energy efficiency. Exhibit 2 lists the most attractive initiatives by marginal abatement profit, and energy efficiency investments top the league table with profits in excess of €20 per tonne carbon emissions. 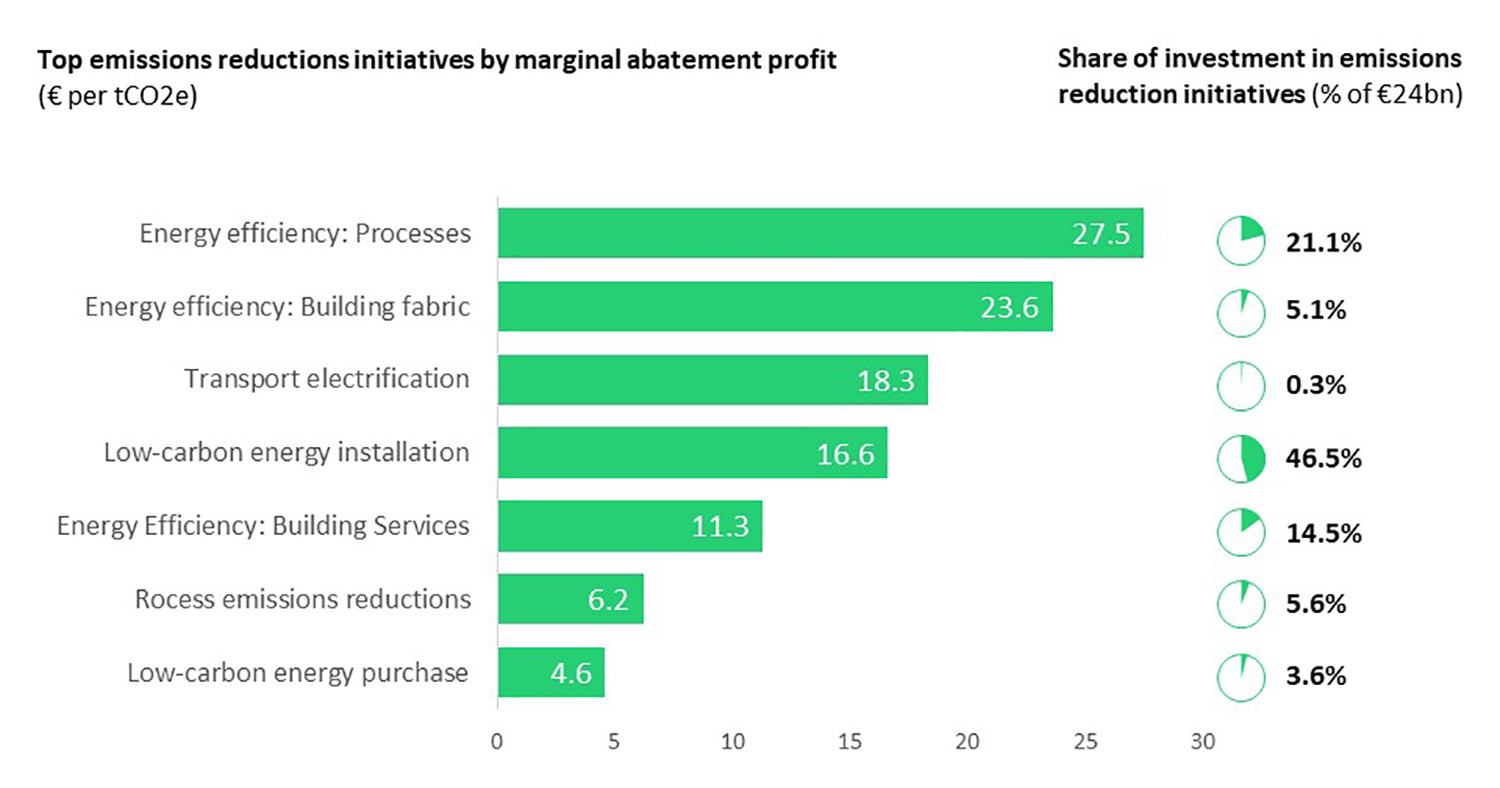 Companies make low-carbon investments not only to reduce emissions and costs, but also to realize new business opportunities.

From transport electrification to renewable power and even green building and infrastructure projects, companies identified over €1.2 trillion in new revenue opportunities from low-carbon products and services.

This amount is more than six times the investment needed to realize these opportunities, highlighting the ability for companies to continue reinvesting in the next up-and-coming transformational technologies.

These opportunities across different sectors also suggest an important role for industrial equipment manufacturers, who can provide the equipment enabling other sectors to decarbonize.

Bridging the low-carbon investment gap requires action on multiple fronts. In the public sphere, policies must address the unfavorable economics of immature low-carbon technologies, enable companies to overcome threats to existing revenue models, and provide sufficient, long-term certainty for large transformational investments in capital-intensive breakthrough technologies. Areas where investment increases are most needed but hardest to realize, due to poor policy support or a lack of technology maturity, include low-carbon building materials, low-carbon heating systems, alternative fuels, and carbon capture, usage, and storage. Increased public financing is required to de-risk private investment and support the development of new infrastructure.

Action on policies and regulation must also be matched by action in the private sector, where the decisions to lend and invest will be taken. Among corporates, low-carbon capital investments and R&D must increase significantly, with a focus on the latter in “hard-to-abate” sectors such as materials. Such investment decisions will be supported by emissions-reduction commitments aligned with the EU’s target of net-zero emissions by 2050, and the integration of climate into financial planning, strategic planning, and corporate governance frameworks. Among financial institutions, continued innovation in green financial products is needed, while ensuring the transition financing needs of “brown” sectors are met. All things considered, closing the investment gap requires action on multiple fronts: Ambitious, wide-reaching, and effective policy and regulation must go together with forward-looking corporate action. 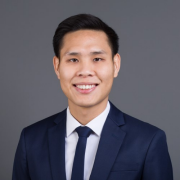 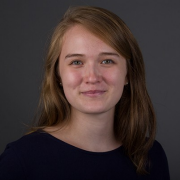