Time to Act - Empathy Is Not Enough

This article was first published by BRINK on June 30, 2020

Real change requires real actions — the data shows us that empathy is not enough.

Moved by the recent killings of George Floyd, Breonna Taylor, Rayshard Brooks and Armaud Arbery, many companies are loudly reaffirming — Black Lives Matter. Email inboxes and corporate blogs have been flooded with heartfelt messages from companies expressing outrage at the inequity, fear, brutality and hate that permeates the lives of Black people in America and elsewhere. At the same time, CEOs are reaffirming their commitments to creating workplaces built around the ideals of diversity and inclusion. A commitment to normalizing and driving equality and racial justice is now a corporate imperative, offering a clear opportunity to be introspective and listen to the challenges of Black employees in the U.S. workforce and beyond.

It is a positive sign. But will it drive lasting change?

Some believe that we are seeing a watershed moment in U.S. history. According to a Monmouth University poll released in June, 76% of Americans now say racism and discrimination are “a big problem” in the U.S. — a 26% increase since 2015 — mainly due to the shifting understanding of white people.

But longtime observers will tell you we have seen such hopeful moments before. That in fact, the history of civil rights and equality in America has been a long and frustrating cycle of promises to do better, followed by very little real or sustained action for change.

This is particularly true in business, where there has long been a significant and discouraging “say/do” gap between the values companies express publicly and the impact of those values on real behavior and equality.

According to Mercer’s recently published Let’s Get Real About Equality report, 81% of organizations say they are focused on improving diversity and inclusion, yet less than half (42%) of U.S. organizations surveyed have publicly documented commitments to racial or ethnic equality. Furthermore, only 23% of them review performance ratings by race or ethnicity to ensure against any adverse impact, and only 38% review engagement survey responses by race or ethnicity to understand any differences in experience.

With this disconnect, organizations cannot measure or understand how an employee’s experience and ability to succeed in the organization may differ based on race and ethnicity and whether diversity and inclusion initiatives are having an impact.

This isn’t to say that any organization sets out to be deceptive or insincere. However, it does suggest that the levers companies are currently pulling are not necessarily the ones that can make a sustained impact. Organizations can avoid common practices that tend to fall short by taking these critical steps:

Placing accountability for D&I outcomes on senior leaders instead of HR: Diversity and inclusion is a business imperative and should be taken as seriously as every other key P&L initiative with associated budgets, metrics and accountability. D&I speaks to the heart of your culture and employee experience and must be treated as foundational to the company’s mission.

Focusing first on inclusion and then diversity: If you are not making your company a place where employees of color feel comfortable, accepted and able to thrive — your diverse hires will leave.

It should not be controversial or political to speak out against racism.

Using unconscious bias training as one tool of many to shape an inclusive culture: One-time bias training will not lead to long-term behavioral change unless it is backed by policy and accountability.

Partnering with employee or business resource groups (ERGs/BRGs) for guidance and feedback, but not to lead D&I strategy: Your Black employees may already feel overwhelmed by racism and injustice. Be inclusive of ERGs and BRGs and learn from their voices and feedback, but do not expect these groups to do the heavy lifting on inclusion.

Measuring and monitoring outcomes: Companies must take a data-driven look at their strategies. They must ask themselves if they are driving culture change or just covering a few bases — and, as a result, not seeing improvements in equality of opportunity, experience and pay for their Black employees.

What Are the Practices That Drive Real Change?

Strategically working to develop an inclusive and equitable workforce for Black employees means hardwiring your organization:

Listening: How do you start this conversation? It begins by asking difficult, potentially uncomfortable questions of ourselves and doing more listening — both to the data and to the experiences of Black employees. The leaders of companies that have long prospered under the status quo must show humility and humanity and be open to learning a better way.

Representation: People of color are underrepresented at all career-levels in the U.S. workforce, and the disparity is even more stark at leadership levels. While Black adults represent approximately 13% of the U.S. population, they represent only 2% of U.S. executives, according to Mercer’s 2020 When Women Thrive data. Practices, policies and programs must be hardwired to ensure equality of opportunity, experience and pay to help drive workforce representation.

Transparency and Trust: Companies must communicate their goals internally and then hold themselves accountable for acting on them by sharing results with all employees. Just as companies regularly share their financial/business objectives and subsequently report progress on those objectives, they should also be sharing their D&I goals and communicating their progress broadly with employees.

Corporate Citizenship: Companies that want to make a difference in advancing racial equity have an opportunity to wield external influence with customers, supply chains, legislators and communities.

Authenticity: Speak with boldness and honesty. It should not be controversial or political to speak out against racism. Mention victims by name and acknowledge the patterns of racist violence and oppression — including police violence and lack of accountability.

Change can be daunting — but if there was ever a year to act decisively, it is 2020. We have achieved nearly impossible things this year by fast-tracking programs and policies to battle the threat of COVID-19. We must also seize this opportunity to address the enduring threats of racism and inequality through deliberate actions in the workplace.

Companies have the power to make this time different. We must use it. 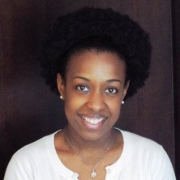 Workforce for the Future