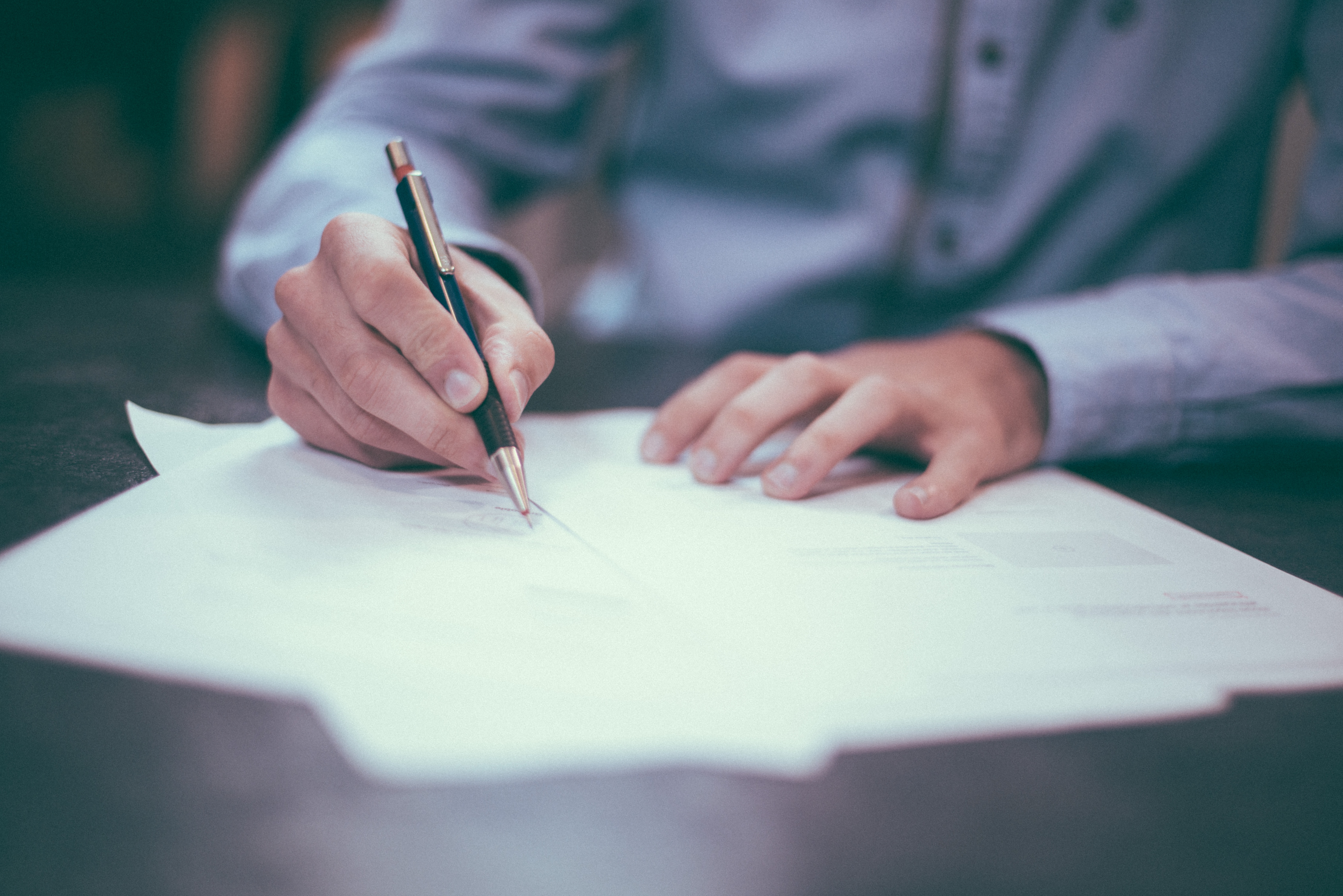 In recent years, the number of Warranty & Indemnity (W&I) insurance policies placed in Asia as part of M&A deals, have increased exponentially. Despite the increasing universality of W&I insurance in deal structuring, relatively little has been examined regarding the reasons behind the popularity and importance of W&I as a tool to insure and transfer both buyers’ and sellers’ risk in a deal.

To understand how W&I insurance has played an important role facilitating a successful M&A transaction, Marsh aggregated and analyzed M&A claims data over the last 5 years. The results of our inaugural Claims Study are staggering — an almost 250% growth in claims filed with Insurers over 5 years, a 15% rate of claim for every deal, and a trend of claims being filed earlier with Insurers as claimants’ knowledge of the product grows. In this article, we highlight 5 key trends for Asia.

Larger deals have more complexities and, thus, often result in a higher rate of breach. At first blush, it appears that an overwhelming majority (74%) of notifications were lodged in respect of deals with enterprise values of less than US$500 million (Exhibit 1). This broadly correlates with the fact that most deals (almost 60%) in Asia are for Targets with enterprise values within that range. 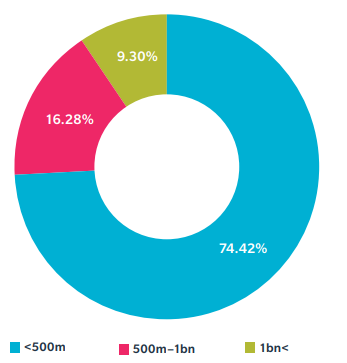 Exhibit 2: Notifications made as a proportion of its deal size (i.e., policies grouped by deal size) 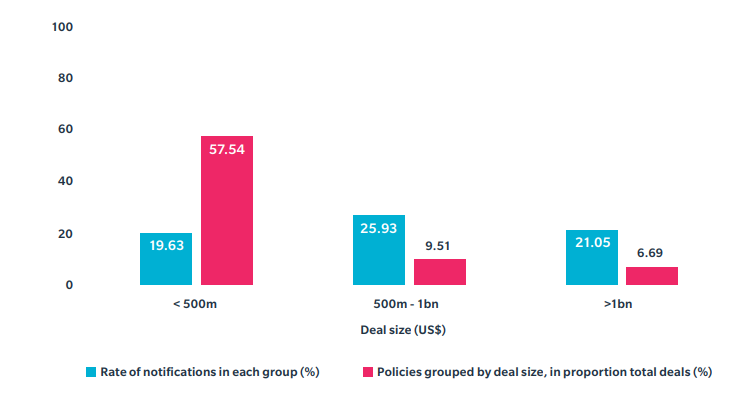 The higher rates of notification for larger deals can be explained by the numerous (and increased) complexities at the due diligence stage of these larger deals (i.e. in accurately identifying historic liabilities).

Trend 2: Financial Statements and Tax continue to account for a majority of breaches

Notwithstanding extensive due diligence being conducted prior to acquisition, some risks remain difficult to fully diligence. We have seen a marked increase in the total number of Tax and Financial Statements breaches (which are typical due diligence categories). Taken together, Tax and Financial Statements breaches now account for 60% of the notifications filed with insurers between 2017 and 2019 (Exhibit 3). 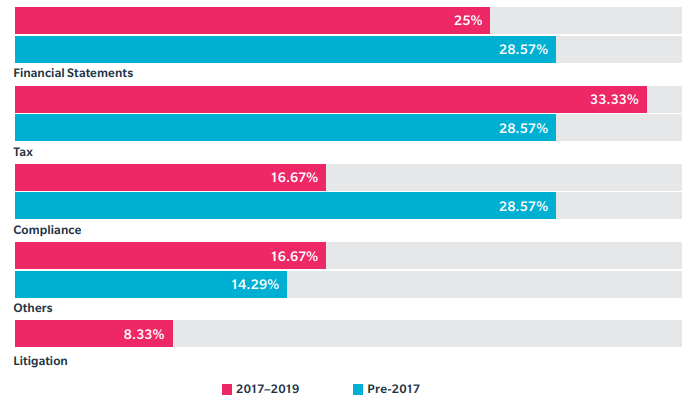 This is a prevalent issue in transactions — common Financial Statements-related problems include misstatements, failure to comply with accounting rules, and overstatement of profit. These issues are generally not obvious to a buyer as only in the post-acquisition period can the buyer discover the intricacies of the business and whether that has been correctly accounted for in the pre-acquisition financials.

Tax problems also continue to plague buyers in the post-acquisition period, as filings are retrospectively reviewed by the Tax Authorities (often a few years after these have been lodged). For example, the Real Estate Industry frequently face tax issues as tax regulators tend to scrutinize property holding companies to ensure that the correct rates have been applied in property transactions. Generally, many of the Tax-related breaches are in respect of inaccuracies in filing corporate income tax returns and in the application of tax reliefs (which may be used for certain expenses).

Expectedly, mistakes do occur from time to time, especially in jurisdictions where the computation burden rests on tax payers, who are given the discretion of subjecting their tax returns to deductions at the time of filing. These often include wrongful claims of non-deductible expenses, or simply inaccurately computing the total tax payable.

While sellers may assure buyers that filings have been made, given that buyers are ultimately reliant on the assured accuracy of information and documents provided for during the Tax due diligence process, it is often difficult for buyers (or indeed sellers) to predict whether they will encounter assessments and/or investigations into those returns post-acquisition. Tax Indemnities prove their value by assuaging buyers’ concerns on such retrospective assessment. W&I coverage for market standard Pre-Closing Tax Indemnities proves W&I insurance’s value by assuaging, to a significant extent, buyers’ concerns.

A corollary decrease in the proportion of Compliance issues is explained by increased sophistication and intensity of the due diligence process for most Asian transactions. Evidently, however, as the next most common type of breach, Compliance problems will still continue to affect some sellers and buyers, particularly in ensuring full compliance with all applicable regulatory requirements in multi-jurisdictional businesses.

Trend 3: Post-acquisition discovery of historical liabilities is a common experience across industries

Exhibit 4: Percentage of all notifications grouped by industry type

Exhibit 5: Most common types of breaches by industry type 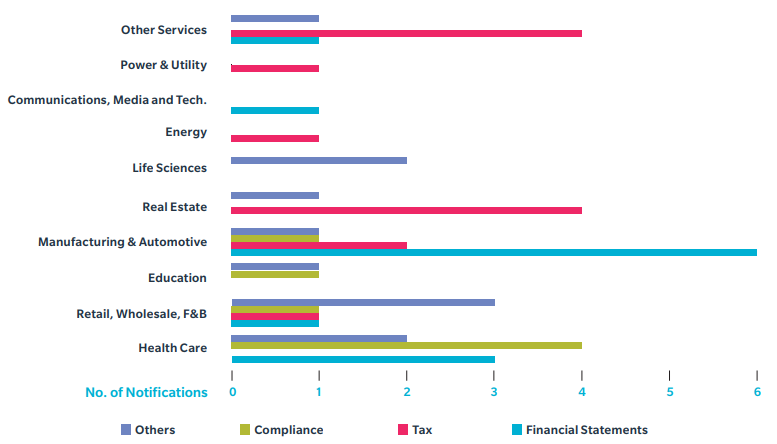 The highest claim rates were recorded in the Manufacturing & Automotive and Healthcare industries (both above 20%) (Exhibit 4). That being said, the experience of clients is relatively similar across industries: Financial Statements, Tax, and Compliance breaches affected almost all sectors. This tells us that, despite extensive due diligence, historic liabilities are being discovered post-acquisition in both the financials and Tax compliance of Target(s). Manufacturing & Automotive and Real Estate clients lodged the highest amount of Financial Statements and Tax notifications respectively, over the last five years.

Our statistics track where a Target is headquartered in a transaction. For placements originating out of Asia, Singapore continues to lead the region with the highest number of notifications, as it is traditionally a hotspot of M&A activity and (together with Japan) accounts for a majority of deals across the region (Exhibit 6). However, our latest statistics also reflect that with increased volume in cross-border M&As since 2017, there is now a greater exposure for Asian buyers to global risk areas, including Europe and the USA.[1]

Exhibit 6: Notifications by location of the risk 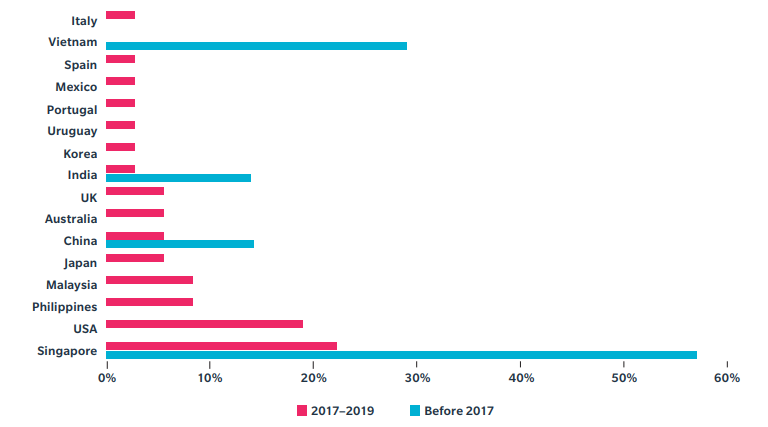 Although Asia has not embraced the class action lawsuit model that is prevalent in the USA, our data suggests that Asian buyers are increasingly dragged into class actions vis-à-vis their Targets with USA operational exposures. Exhibit 7 also shows an increase between 2017 and 2019 in the number of buyers who are facing post-acquisition Third Party Demand suits against them or the entities which they purchased. In particular, we have noticed that the bulk of these Third Party Demands have arisen out of Japanese buyers’ deals for international Targets (i.e. this forms 56% of all Third Party Demand notifications) correlating to the fact that cross-border transactions increase the risks faced by entities, particularly in litigious regions.

Based on the types of breaches observed in the last five years, and the consistent trend of Tax and Financial Statements being the two most common types of breaches year on year, these two categories of breaches will likely continue to be the most common issues clients will face in any given transaction. Whilst it is to be hoped that increased due diligence should be able to pick up historic issues, it is often difficult to predict:

A. Whether a Target has correctly filed its returns in the pre-acquisition period;

B. Whether a Target has correctly reported its financials prior to the buyers taking charge of the entity and performing its own audit after understanding the inner workings of the business.

While checkbox due diligence may assure buyers of the potential risks they may face in a given deal, some risks like the accuracy of reported Financial Statements, remain difficult to fully diligence before the company changes hands. In the midst of all that uncertainty, buyers and sellers are persuaded to allocate their risks in a more expeditious and cost-effective way than traditional M&A has previously known. The evolution of W&I insurance puts it in prime position to both facilitate deals and protect clients against unknown risks. It is for this reason that we expect the product’s popularity to grow year on year.

[1] Our placement volume also increased over the last three years. This should not detract from the observation of increased cross-border transactional risks for entities. 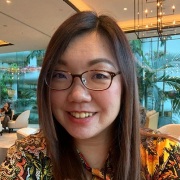 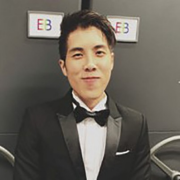