Congressional Democrats quickly rallied around and passed President Biden’s “American Rescue Plan” (ARPA) proposal, notching early healthcare wins with a two-year expansion of Affordable Care Act subsidies, among other things. But the president and Democrats now face a more complicated set of political and policy decisions around what healthcare reforms they should seek as they begin a new push for wide-ranging infrastructure legislation. Still, some form of Democrats’ sweeping drug pricing reforms could land in a final bill.

With an evenly divided Senate and a narrow Democratic majority in the House, Democrats are assessing whether to try for a bipartisan effort on an infrastructure package instead of using the budget reconciliation process that enabled passage of ARPA without Republican support. Republicans, however, appear unlikely to support the effort – or any of Democrats’ desired health policy changes -- making a second reconciliation bill likely.

Because of the tight margins in Congress and the possibility of using budget reconciliation rules to avert a Republican filibuster in the Senate, many Democrats see an infrastructure package as their last, best chance to advance their health policy priorities this year. Agreement within the party on what those priorities should be, however, will be hard to achieve.

Among moderate Democrats, there’s more appetite for making permanent the expansion of ACA subsidies just enacted in ARPA, rather than pursuing more progressive goals such as a government-run public option plan to compete with private plans or Medicare for All. Both of these proposals face an uphill climb, with uncertain support from conservative Democrats in both chambers (Democrats couldn’t afford a single defection in the Senate), and fierce opposition from the healthcare industry.

Legislation to control drug prices, however, stands a real chance of advancing in an infrastructure package under the reconciliation process for at least one simple reason: it could potentially raise substantial revenue to help pay for other priorities.

The drug pricing debate heated up this week at a Senate hearing led by Senator Bernie Sanders, I-VT, who chairs the Budget Committee and is a former Democratic presidential candidate. Sanders also joined with other lawmakers in both chambers to reintroduce three bills to allow Medicare to negotiate on drug prices, permit individuals to import drugs from abroad, and allow the Health and Human Services secretary to void patents if a drug price exceeds the median rate in other wealthy countries.

Allowing Medicare to negotiate prescription drug prices was included in House Democrats’ major drug pricing legislation (HR 3) last Congress, but was never brought up in the Republican-led Senate. The bill would have required Medicare to negotiate for the 50 most expensive drugs and implement a ceiling price based on rates paid in other wealthy countries. A drug manufacturer would be required to offer the negotiated price to “group” and “individual” market plans. The bill would also have imposed penalties on manufacturers that increase prices faster than inflation. The Congressional Budget Office (CBO) estimated the bill would result in a 10-year savings of roughly $450 billion for Medicare and more $12.3 billion for private health insurance.

New Senate Finance Committee Chairman Ron Wyden, D-OR, teamed with Sen. Chuck Grassley, R-IA, in the last Congress on narrower legislation approved by the Committee that would have imposed a similar inflation penalty on Medicare drugs. That measure would have raised about $95 billion, according to the CBO. Wyden says a new version of the bill might also include a provision allowing Medicare to negotiate drug prices.

The proposed inflation rebate in both earlier bills applied only to Medicare, however, adding to concerns that drug pricing reforms that only target public plans could shift costs to employer plans. With significant action on prescription drug pricing likely coming soon, plan sponsor organizations will continue to advocate for policies that bring lower costs for both public and private plans. 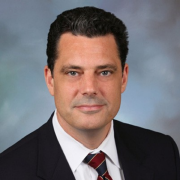