A New Dawn For Digital Currency

As a country that invented the bank note in the seventh century, China led the way money moves and is used in everyday life. And now it’s at it again. By introducing a central bank digital currency (CBDC), money is going fully digital, setting the standard for the way money flows globally.

To understand the implications of eCNY we have looked at key flows driving innovation in China – which represent trillions of RMB and have potential to reshape the competitive landscape in payment industry.

B2C flows
eCNY has the potential to massively level the playing field between banks and big tech, while further squeezing merchant acquiring businesses. It also opens up opportunities for corporates looking to provide banking services to the end supply chain and end consumers, more commonly known as banking as a service working with licensed providers such as banks.

Cross-border flows
In the near-term, we expect little change given the market structure and PBOC’s focus on consumer sectors. But in the longer term we expect change to accelerate, especially in areas such as Greater Bay Area (GBA )– which is already a hot-bed of innovation – and increasing integration with on-and-offshore markets. Here we expect payment infrastructure integration to start, beginning with retail but quickly moving into B2B.

C2F (Consumer to Financial Institutions)
C2F captures the cross-border investment flows where ongoing liberalization is to foster innovation across connect programs.  Most efforts to date have focused on greater market access, such as on and offshore flows via connect programs and removing legacy caps on cross-border investment flows for consumer and institutional. With eCNY we expect further disruption in the longer term, with a number of players squeezed with domestic banks and securities houses likely to be the big winners.

Big tech
Big techs will need to work out how to defend their existing market dominance in eWallet/ payments, especially given the significantly lower barrier to entry. Other considerations include how would eCNY affect the current monetization model, or the path towards one, as well as whether they should compete or partner with potential entrants to the eWallet market. If the market does become more fragmented, for example in eWallets, what will their role be in the new ecosystem?

Domestic banks
The decision on whether to launch an eWallet proposition on the back of eCNY is something domestic banks will need to consider, as well as how important it would be for creating incremental revenues versus defending existing share. Corporate clients also need to be considered. eCNY means banks have the opportunity to create a new proposition for their corporate clients, such as a bank as a service (BaaS) to enable them to offer their own eWallet services.

Foreign banks
How to leverage the adoption of eCNY, such as by launching their own wallet proposition, will be a key consideration for foreign banks and could help them get a foot-hold in the domestic market. Foreign banks will need to consider how the use of eCNY in cross-border B2B payments could potentially erode their competitive advantage in this space. How they hedge the downside risk, while at the same time creating growth in their cross-border business, will need to be carefully considered.

A New Dawn For Digital Currency 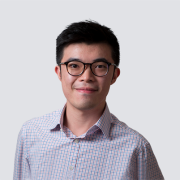