Why Some Telecoms Should Carve Out Their Fiber Networks

Telecom companies have long considered their networks – especially the last-mile to customers’ homes and offices – as a core asset. They are usually the biggest contributor of revenues, and they provide a way for a telecom to differentiate itself from the competition over the long term. Without the network, barriers to entry would be lowered, inviting increased competition from other telecom service companies and leading to market fragmentation and lower margins. As a result, most telecom managers quickly discard the mere suggestion of a potential divestment.

It could be time for a rethink, as telecom markets have departed from the former “monolithic” model in which networks and services were indivisible. We think that, by setting up a network as an independent entity – a NetCo – that offers wholesale access to other operators, a telecom can realize numerous operational and financial advantages. By seeking multiple service operators to use the network, it can increase the network’s occupancy. And, unlike a telecom that functions as an operator as well as owning a network, a NetCo can focus on using the network to provide service to different operators on what they really matter about: how to run it efficiently, where to deploy capacity, how to evolve it technically, and how to improve its pricing and quality of service.

An immediately apparent source of value from a NetCo may come from multiple arbitrage – the financial advantages that can be generated apart from these operational improvements. Being isolated from the ups and downs of the retail markets makes NetCos’ cashflows more predictable, something usually brings higher valuation multiples. Typical upsides to the market capitalization – based on reasonable assumptions on multiples and EBITDA splits – are around 10 to 30 percent in the combined entity. Furthermore, NetCos can be leveraged easily, making it easier to raise debt and finance the newly carved-out entity.

New Potential For A NetCo

NetCos have been on the radar of telecoms boards recently after reports that CETIN – which owns the fiber network of O2 Czech Republic – is considering an initial public offering (IPO). This, according to some estimates, could raise about €4 billion.

Such considerations follow significant shifts in telecoms markets. Some markets have become much more competitive, so the benefits of monopolies on last-mile access are no longer as valuable as they used to be. Whether or not a telecom owns the network, it will still tend to face competition at retail level, either from telecoms that compete either by owning their own last-mile infrastructure or through a different kind of wholesale agreement. This could range from regulated reference offers (wholesale prices mandated by regulators), joint deployments to share investments, or commercial wholesale offerings (in which operators negotiate freely access to each other’s’ networks), in a manner that is completely transparent to the end user, that will only deal with the operator offering the service without knowing -and caring about- who is the ultimate owner of the underlying infrastructure.

Spain, for example, is one of the most fiber-penetrated markets in Europe, and competition is near perfect: Fiber-to-the-home (FTTH) coverage is about 60 million in a country with about 28 million premises (residential and business) to serve, thus the overlap is more than two times per premise on average. This high degree of infrastructure competition is compounded by several commercial agreements between infrastructure operators (commercializing each other’s networks) and complemented to a regulated access (called NEBA) to the FTTH network of the incumbent Telefonica (the largest FTTH network in the country). As a result, competition at a service level -what the client really sees- is very high, and the value to a telecom of owning its own fiber network is questionable.

New opportunities for NetCos are now arising to deploy fiber access networks cost-effectively to medium-to-low density areas, by aggregating local demand and granting access on a wholesale basis to competing retail operators. Examples include rural fiber concession models in France, where concession winners agree to deploy low-density areas and provide mandatory access to other operators under regulated conditions. In Germany, high deployment costs make the sharing model particularly appropriate, and some companies have  joint venture to deploy a wholesale fiber network in those areas.

A NetCo Can Benefit Service Too

A fiber carve-out can also present opportunities for the rest of the telecom’s business. A ServiceCo dedicated to retail operations would be free of the regulation that a network provider has to conform to (for example limiting the commercial flexibility of network owners to prevent, for example, margin squeeze on resellers). CETIN’s management cited regulatory hurdles as the main motivation for splitting it off from O2 Czech Republic in 2015 and setting it up as a NetCo. The resulting ServiceCo can also be significantly leaner, with a smaller balance sheet and lower headcount and resulting liabilities such as pension funds. Debt will probably be lower too, and the “asset-light” structure will potentially have better return on capital employed (ROCE).

However, fiber networks are more complex than other telecom infrastructure asset classes, such as cellular network towers, so each opportunity needs to be assessed carefully. The business case for fiber networks depends more on drivers such as demographics, competitive dynamics, regulation, deployment costs, and access to existing infrastructure – rights-of-way, ducts, and manholes, for example. In addition, typical investments are usually an order of magnitude higher than for towers.

When Do NetCos Have Potential?

The benefits of an independent NetCo depend on a variety of market conditions. The following circumstances could make a NetCo attractive to investors, fit a telecom’s strategic interests, or both:

The owner-operator of the network has other sources of customer control, such as a differentiated suite of services, exclusive content and partnerships, or an advantage thanks to its customer experience.

Setting up a NetCo, either a carve-out or a greenfield, provides opportunities for all players along the telecoms value chain. A telecom that carves out a NetCo will realize material value in its books, potentially reducing its debt and improving its ROCE. Investors will note the improvement in cash flow as an opportunity for greater investment. And society will benefit from better, more-efficient coverage and service, as prices decline without reducing telecoms’ investments. 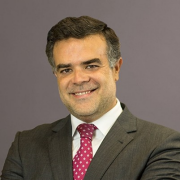