This week several Mercer colleagues and I hosted our first ever virtual Mercer | Comptryx conference. Like many organizations this year, we converted our global conferences into virtual ones. While there were many downsides to a virtual conference, it did allow us to have larger audiences and seamless live surveying. And with the acceleration towards an increasingly geographically distributed workforce, what better way than to get "real-time" results on one of the hottest topics: will employers cut pay for workers that move out of Silicon Valley?

How did we get here?

Back in July, my colleagues Jin Woo, Jonathan, and I wrote about what the pre-COVID-19 data told us about how tech employers were effectively paying their workers in different locations across the United States. The research revealed that while tech employers pay the most in Silicon Valley, pay does not go down as much as one would think in other parts of the United States.

That article was in response to the trend at the time of some employers that would indefinitely allow remote work. Since then, there's been continued debate on whether or not employers should or shouldn't cut pay for workers that move outside of Silicon Valley, and how (ir)rationally employees would respond. It has been increasingly clear to me that the public and news media often conflated two concepts that are well understood within the world of human resources: the distinction between cost of living and cost of labor.

With that in mind, I addressed the complexity of managing pay in an increasingly distributed workforce, and polled our US high tech conference participants along the way.

But first, let me take a survey

Will organizations cut pay for workers who relocate?

Only one-tenth of participants indicated that employees would receive a pay cut for moving to a lower cost of labor location (the sample size is about 135 for both questions). Another fifth indicated they might cut pay, if it is well above market. A quarter indicated no plans to cut pay, and a majority 43% have yet to determine whether they will cut pay.

A key input when even considering cutting pay is determining to what extent a geographic differential applies for types of jobs. As our research published back in July revealed, the differentials might not be as big as you think, and undoubtedly vary by type of job. Jobs with limited supply (say specialized software engineers for example) are likelier to face smaller geographic differentials than jobs with greater supply.

How will companies localize pay for remote workers?

On the topic of how to handle localization of pay for employees who work remotely, companies were more definitive in how to handle pay. A full 68% of organizations plan to pay at the rate of the office location or home location. About a tenth of organizations will pay jobs at a national rate, and a minority three percent will pay at the defined labor market for the role (for example, a West coast software engineer labor market).

Whereas jobs that require physical presence to perform work are understandably limited to the labor in the general vicinity, jobs that can truly be done from anywhere might not follow the same rules. It is not logical to assume that a job's supply and demand is limited to the home ZIP code or nearest office location, especially if the person can work nationally for any employer for any job. Back in July, I wrote:

The upside for employees who lived in cities and couldn't or didn't want to move to tech hubs like Silicon Valley is they now have greater access to employment opportunity beyond "local" or "regional" employers.

I would expect that over time, the proportion of organizations that pay some form of national or other regional labor market will increase.

As a distributed workforce is here to stay post-COVID-19, there are three key questions to answer when determining a path forward:

Ultimately, systematic determination of the extent to which a job can be done remotely, and a strong command of the supply and demand for that job (and ultimately skillset), are two critical considerations in getting the answer right.

I remain convinced that it is time to begin to abandon long held conceptions on the role of location in talent strategy and pay strategy. What do you think? 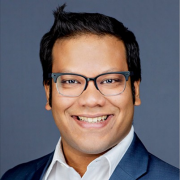