What Employers Need to Know About the New Alzheimer’s Drug

Aduhelm (aducanumab-avwa) is the first new treatment for Alzheimer’s Disease (AD) in 18 years. The injection, a human monoclonal antibody marketed by Biogen, is the first drug specifically approved to slow the progression of AD. While being the first to market is an advantage, unfortunately there is no conclusive evidence that the drug slows the decline of memory and brain function. Aduhelm is indicated “for the treatment of Alzheimer’s disease,” the broadest possible approval that the FDA could have provided. It was approved under the accelerated approval pathway, which requires Biogen to complete a new randomized controlled trial to verify the drug’s efficacy. If the trial fails to confirm the drug’s clinical benefit, the FDA could ultimately move to withdraw approval. Recruiting for the trial could be challenging, as patients may be reluctant to risk receiving the placebo rather than Aduhelm.

According to the Alzheimer’s Association, an estimated 6.2 million individuals in the United States are living with AD, and that number is increasing as the population ages. Most patients with AD – about 72% – are age 75 or older, and fewer than 10% are younger than age 65. Thus, utilization of Aduhelm in a commercial or active population is expected to be minimal; employers will see most utilization under a retiree benefit.

The annual cost of Aduhelm is expected to be $56,000 per patient administered as an intravenous infusion every four weeks. In an evaluation of the clinical effectiveness and value of Aduhelm for the treatment of AD, the Institute for Clinical and Economic Review (ICER) calculated that the drug would need to be priced between $2,500 and $8,300 annually to meet the threshold for cost effectiveness. Contrast both those price points with the cost of the existing standard of care for moderate to severe AD – about $150 per year per patient. We’ve seen PBMs leverage ICER to negotiate price but not specifically to define coverage, and in any case the PBMs know that sponsors would find it challenging to say these therapies are not covered. It’s important to remember that patients will need to undergo diagnostic scans to qualify to get the drug, and will also need to be monitored to ensure they’re tolerating it. Some private payors estimate that these costs alone could amount to $30,000 annually – more than half the yearly cost of the drug itself. We are watching for any signals from CMS that it intends to issue a value-based or outcomes based payment model for the drug, and whether it establishes coverage with evidence development requirements that could help control access.

The big question: Will physicians prescribe?

Two facts about Aduhelm are likely to impact prescribing volume: the treatment is not a cure and there is a significant risk of potentially serious side effects (specifically, swelling in the brain). These raise the question about how the drug will be received by the physician community. We anticipate that prescriber support could be lukewarm based on the review process. There have been two main studies on Aduhelm, only one of which showed favorable outcomes after 1.5 years. Additional studies (including longer-term studies) are ongoing and will be closely monitored by the FDA.

But, despite these challenges, demand from patients and their families will likely be strong given that Aduhelm will be the only drug on the market indicated for treatment of AD. Other therapies currently available are indicated for management of associated dementia/cognitive abilities. JP Morgan surveyed 30 physicians specializing in AD management asking if they would prescribe this medication to their patients. Survey results indicated that, at launch, these physicians anticipated prescribing Aduhelm for 20% of those patients eligible for treatment. That percentage increased to 40% in Year 2 post-launch.

What to expect from PBMs and carriers

Since Aduhelm is infused and requires a rigorous schedule of routine MRIs during treatment, claims will most likely process under the medical plan. So far, medical carriers have been fairly quiet regarding their approach to approving the therapy. However, PBMs have declared that they will either exclude Aduhelm from the pharmacy benefit or exclude Aduhelm at launch and use a 6-month review period to establish coverage protocols. We anticipate that, if covered, strict pre-approval guidelines will be in place given the extensive monitoring requirements and continued ongoing clinical studies of drug efficacy. It’s recommended that drug approval criteria be evaluated annually based on the most recent use criteria available. While there may be a call to Include Aduhelm in a Value-Based Contracting (VBC) arrangement with the manufacturer, it would be difficult to account for the value endpoints since the therapy will not be considered a cure.

As of now, Aduhelm is positioned to become one of the top-selling drugs in US history. You may be sure we will be watching all developments closely and keeping you updated. 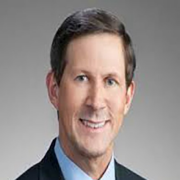 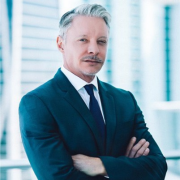