A version of this article first appeared in Forbes on June 10, 2021

When Europe wanted to cut carbon dioxide emissions to meet the goals of the Paris Agreement on climate, one of its first targets was the transportation industry — and specifically trucking. Heavy-duty trucks alone contribute five percent of the European Union’s total emissions, with transportation in general accounting for more than a quarter. In 2020, the European Commission passed regulations that compelled truck manufacturers to cut their fleets’ emissions 15 percent by 2025 and 30 percent by 2030. And it made non-compliance expensive by imposing stiff penalties.

The dilemma facing the European trucking industry is that the technology to comply isn’t fully developed, especially for long-haul, heavy-duty trucks. While electric batteries will be the predominant technology propelling short-haul and medium-haul trucks eventually — and the baseline technology for the electrification of most transportation — it has limitations when it comes to heavy-duty, long-haul trucks. Given current battery and charging technology, these bigger trucks would require batteries so big and heavy that the capacity remaining to haul cargo would be significantly restricted.

Still, dramatically increased usage of these alternative diesels is not a viable option for most fleets today because of limited biofuel refining capacity and feedstock. As a result, on-road usage in Europe of biomass-based diesel is just short of 10 percent of total diesel consumption, with North American usage slightly behind that.

Coinciding with an anticipated surge in investment into biomass-based diesel production capacity, the trucking industry is also pursuing technologies that would allow it to eliminate diesel of any kind. European truckers and policy makers are looking at three possibilities — hydrogen, electrified roadways, and a new high-speed charging capability for larger batteries. Unlike biomass-based diesel, very little of the necessary infrastructure has been built for any of the three, and all will require substantial capital investment to get off the ground.

While no consensus exists over which technology the continent should embrace, meeting tough deadlines will take extensive cooperation between industry and government, extending across the industrial value chain including energy companies, truck manufacturers, logistics firms, and shippers. In addition, public-sector commitments in terms of both money and regulatory support for one or more of the options will be needed to guarantee success. As of now, all three options are being pursued, with none expected to be ready in time for the first deadline in 2025 and no governmental support for one over another.

Here’s how the various new technology options stack up:

Hydrogen can be used in a way that is closer to today’s operating model, with trucks filling up fast and storing hydrogen on board as they do now with diesel fuel. Diesel tanks would be replaced by hydrogen bottles, fuel pumps by hydrogen pumps, and diesel powertrains with fuel cell-propelled electric motors.

Already long-haul hydrogen trucks are being tested in several countries, including Sweden, Switzerland, and Italy. The potential for a “hydrogen corridor” running through the Netherlands, Belgium, and Germany is also being studied by the Port of Rotterdam and several industry partners. However, to kick it off and equip European highways with a hydrogen solution for trucking by 2030 would initially cost anywhere from €20 billion to €25 billion to build hydrogen refueling stations, including refueling equipment, storage capacities, and the land, as well as the electrolyzers to produce the hydrogen onsite, according to our analysis. This assumes a 25 percent adoption of the new technology.

A hydrogen solution could be commercial in time for the second round of European Commission deadlines. By 2025, there is potential for hydrogen-powered trucks to have reached the early adoption stage, but there is unlikely to be much volume in sales or infrastructure built to support the new trucks.

But hydrogen trucks may not be the most efficient use of electricity. Only about 35 percent of the electricity needed to create, store, transport, and use hydrogen fuel would go toward actually moving the trucks. As a result, this technology will require a significant decrease in the price of hydrogen to be competitive against diesel. Over time, with large-scale production of green hydrogen, we expect that to happen.

The pros and cons of electrified roads

Compare that with one of the other technologies vying for acceptance — electrified roadways. This option allows trucks to get continuous power straight from a source of electricity either running through embedded rails in the road surface or distributed via overhead wires. Using this catenary or embedded approach as much as 85 percent of the electricity would be used for moving the truck, making it more efficient. Truck manufacturers would also build in backup battery power to allow trucks to finish their trips on roads that have not been converted.

In many ways, the electrified roadway approach is undervalued given its efficiency and the simplicity of the technology. That’s because it’s a system that depends on governments to make significant investments in the installation of the technology and conversion of roadways. We estimate the electrification of a quarter of the European highway network by 2040 is likely to cost as much as €55 billion to €60 billion and would require substantial cooperation among many of the 27 countries in the European Union.

For decarbonizing heavy-duty trucking, many European policy makers favor the construction of electrified roadways. Not only is it more efficient, the technology of using catenary-conveyed electricity is already used for trains and therefore much better understood and developed than hydrogen. If it is implemented on a large scale, it would be the most cost competitive option. Already, Italy, Germany, and Sweden are in the process of testing electric road technology. To make this solution effective for large chunks of Europe, it would be important for nations to agree on a technology standard to be used on all trucks operating in Europe.

The real tradeoff will come down to the operating costs for trucks versus the investments for infrastructure. Electric roads would reduce day-to-day truck operating costs the most: The technology would be 40 percent less expensive to use than hydrogen. While the capital costs of the infrastructure are greater, the cheaper operations mean that it would only take an additional five years to pay off the higher investment for electrified roads compared with hydrogen.

The final option — which may be in commercial production the soonest — is to build a network of high-speed chargers for larger battery-powered trucks. The challenges here are to develop the capacity to charge large batteries fast enough so trucks won’t lose a lot of driving time recharging and improve the range for heavy battery-powered vehicles. This will require not only a significant infrastructure development, but also an evolution in battery technologies to make them lighter, with greater capacity, and more able to be charged fast with no impact on durability.

One advantage of a battery technology is the fact it is already in use in smaller trucks and cars. We expect that battery-powered, heavy-duty, long-haul trucks will not be available in volume until later in the decade, although we could start to see a transition for shorter haul vehicles around 2025.

We estimate the initial infrastructure investment to build enough capacity to support a 25 percent adoption by 2035 will cost from €10 billion to €15 billion, which makes it the cheapest option in terms of upfront investment. That capital expenditure would include the construction of high-speed charging stations and the charging equipment and land.

The one common problem all three technologies share is the need for more European renewable energy capacity to produce enough green electricity to produce green hydrogen or power electrified roadways and high-speed charging capacity. According to the International Energy Agency in its World Energy Outlook 2020, Europe’s renewable capacity will generate 58 percent of the continent’s electricity by 2030 under current policies. Under a best-case sustainable energy plan, that portion would still be only 65 percent.

Given the scope of the financial commitment in one industry alone, the most efficient way forward is to create public-private partnerships — optimally in the form of new business ecosystems — that connect the industry’s value chain. This would allow corporate partners and the government to share the cost as well as align on common standards and business cases that work for both Europe and the industry. These cooperative efforts also will support development of at-scale solutions with guarantees that regulation and public spending will reflect the same priorities. 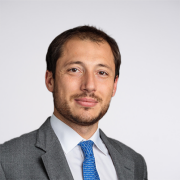 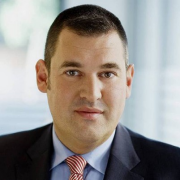 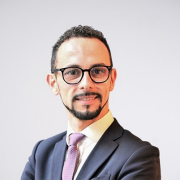