Boards of Directors and ESG

Many boards of directors have grappled with environmental, social, and governance (ESG) matters to varying degrees over the past year (or longer), and recent events indicate that a tipping point may have arrived. Key company stakeholders, including investors, employees, consumers, communities, and governments, continue to converge to address longstanding challenges around sustainability and other ESG topics.

This focus on ESG and stakeholder interests is forcing boards to re-examine their oversight function and pay attention to a broader range of issues than they have historically. For example, the myriad risks presented by climate change are front and center for companies and investors as governments around the globe start to envision a net-zero emissions economy, a transition likely to affect many sectors and industries.

Pivotal events involving two large energy companies clearly signal how ESG issues generally, and climate change in particular, are gaining momentum. In late May, a Dutch court in one instance and shareholders in another, made clear that — at least for certain companies — addressing climate change risks must be high on the corporate agenda. In The Hague, Royal Dutch Shell plc (Shell) was ordered by a Dutch court to intensify its efforts to reduce carbon emissions by 2030, an acceleration of Shell’s existing pledge to cut emissions.

On the same day, some 5,000 miles away in Texas, a small activist investor won three of Exxon Mobil Corporation's (Exxon) 12 board seats after a proxy fight premised on the activist's claim that Exxon had not developed an adequate business strategy around climate change.

The two events come at the issues from different perspectives, one focusing on society-at-large and the other on the impact on investors when they perceive a company lacks a strategy to address the impact of climate change on its business.

On May 26, 2021, the Dutch court ordered Shell to reduce its overall CO2 emissions by at least 45% by 2030 from 2019 levels, well ahead of the company’s own planned targets to reduce emissions. The case was brought by MilieuDefensie (a Dutch environmental organisation whose name means Friends of the Earth Netherland) and other non-governmental organisations (NGOs) on behalf of a group of thousands of Dutch citizens who were concerned that the energy giant’s posture was not aggressive enough on climate change.

The case, decided under Dutch law, was premised on the claim that Shell’s current policy on climate change involved a threat of human rights violations relating to the “right to life” and “undisturbed family life.”

This decision, in which for the first time in history a Dutch court ordered a private company to comply with the 2015 Paris climate agreement, may have far-reaching consequences. Although Shell has stated that it will appeal, the groundbreaking decision has the potential to influence many of the approximately 1,800 lawsuits related to climate change pending in courts globally, and to inspire additional lawsuits.

Activists win seats on board

On that same day, Exxon held its annual meeting of shareholders online from its Texas headquarters, facing a proxy contest for board seats run by Engine No. 1, an activist investment firm. According to its website, Engine No. 1 “believe[s] a company’s performance is greatly enhanced by the investments it makes in workers, communities and the environment” and that “companies that invest in their stakeholders are better, stronger companies as a result.”

The results are not yet final, but preliminary tallies indicate that three of Engine No. 1’s four nominees were elected to Exxon’s 12-person board. Although it is not unusual for well-known activists with lengthy track records to wield influence that greatly exceeds their level of share ownership, Engine No. 1’s success may be norm-shattering. This was Engine No. 1’s first activist position, and it owned only 0.02% of Exxon’s shares.

Engine No. 1’s outsized influence came in the form of support from many larger investors including BlackRock, State Street, Vanguard, CalPERS, CalSTRS, and the New York State Common Retirement Fund, according to published reports. Leveraging that support, Engine No. 1 was able to convince Exxon shareholders that its nominees’ presence in the Exxon boardroom would facilitate the company's development of a business strategy factoring in climate change risks and establish a link between sustainability and long-term value for Exxon’s shareholders.

This illustrates how activist investors are able to use ESG to garner support from other institutional investors to hold boards accountable for a perceived failure to develop a sufficiently aggressive strategy around climate change and relevant ESG issues that enhance long-term shareholder value.

This was not the first activist campaign to incorporate ESG issues as a means to galvanize shareholder support, and Engine No. 1’s success is likely to inspire a number of other campaigns.

Boards of directors that have not yet begun their ESG journey, or that are in the early stages of doing so, are well advised to assess their vulnerability and react accordingly.

Similarly, investors and other stakeholders continue to demand greater transparency around companies’ ESG metrics, goals, and progress. Some question the accuracy or reliability of companies’ existing ESG disclosures.

To date, most ESG disclosures are voluntary, but the Securities and Exchange Commission (SEC) is likely to propose mandatory climate change or ESG disclosures later this year. Whether made voluntarily in response to investor demands or done in response to future SEC requirements, increasing ESG disclosure is inevitable and the plaintiffs’ bar will view this as yet another opportunity to target companies for allegedly making false or misleading disclosures.

1. The topic of climate change, and ESG more broadly, is not going away. These issues have been on the radar of some investors for many years and, more recently, have become the subject of intense focus by many of the largest asset managers. ESG concerns have been gaining traction with governments, regulators, and other stakeholders, and are likely to be part of the boardroom conversation for many years to come.

2. Even small stakeholders have the ability to garner broad investor momentum, cause disruption, spur litigation, and force change in the boardroom. There are many more constituencies focused on a variety of ESG topics, and they have a wide range of tools with which to voice their concerns. Boards need to be able to identify and prioritise key issues. The potential financial and reputational impact of failing to do so (or being perceived as such) can be enormous.

3. The concerns around how companies are addressing ESG will continue to rise on the list of important concerns for underwriters of directors and officers liability insurance (D&O). Companies will need to substantiate board level understanding and oversight of key ESG risks to D&O underwriters. It will be incumbent upon insureds to show that the board is keeping abreast with the evolving ESG landscape and those issues relevant to the company’s business.

Boards of directors need to ensure that they are overseeing their companies’ approach to ESG matters in an informed and deliberative manner and be prepared to demonstrate that to investors, stakeholders, D&O insurance underwriters, regulators, and courts. The ESG tipping point may have arrived.

Note: Skadden, Arps, Slate, Meagher & Flom LLP (Skadden) contributed to this article. Skadden and its affiliates are not licensed to practice law in The Netherlands. This article is provided for educational and informational purposes only and is not intended and should not be construed as legal advice. This article is considered advertising under applicable state laws. 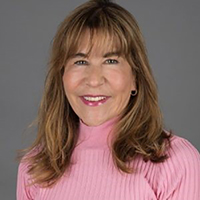