Offshore wind farms play a major role in the quest to increase the world’s use of renewables and reduce its carbon footprint. While these facilities have had a prominent presence in Europe (the U.K. and Germany especially) for more than a decade, the biggest growth in power generation as well as turbine construction projects resides in the Asia-Pacific region. As the nature of risk changes and the awareness of climate change increases, ESG (environmental, social and governance) mandates are continuing to gain traction throughout Asia Pacific, with the urge to step up and build resilience to the inexorable risk.

As turbines continually become more efficient and capable of generating larger amounts of electricity, production costs have come down. For offshore wind, the cost of generating a megawatt hour of electricity went from $162 in 2010 to $115 in 2019, according to the International Renewable Energy Agency (IRENA).

At the same time, wind generation also offers producers the opportunity to reduce carbon emissions significantly. According to a leading renewable energy company, the carbon saved throughout a wind turbine’s lifespan is up to 50 times greater than any emissions connected with manufacture, construction, operation and decommissioning.

Offshore wind development varies widely throughout Asia Pacific. China has a very strong presence, even surpassing Germany as the world’s second-largest offshore wind producer by 2019, behind only the U.K. Other countries and territories in the region are at differing levels of offshore wind development. Taiwan has a strong pipeline of projects. South Korea, Vietnam and Japan have developed significant presences. India has the slowest progress in the region. Australia also has a lot of potential, but no actual development at this time.

Alongside the industry’s growth, there are risks and challenges in the development and operation of wind power that range from financing obstacles to turbine location and extend to insurance coverage. As wind power continues to expand, building and maintaining offshore facilities takes on greater importance and complexity. From a (re)insurance perspective, increasing exposure to risk among stakeholders means coverage needs to grow in parallel with the offshore wind power industry, ultimately supporting its long-term expansion and viability, and impact on ESG advancement.

What Are the Potential Risks and Challenges?

Offshore wind generation has existed in Europe for 20 years, and government subsidies helped provide a buffer for project development. However, the relative newness and rapid growth in Asia presents certain challenges. Appetite for providing reinsurance coverage has been limited, and addressing these issues is key to supporting new development. Asian developments have tended to be further out at sea than those in Europe. That makes them more publicly palatable, but construction becomes more expensive: Service costs are higher the further out producers go, and wear issues are uncertain for larger-scale projects.

Aggregation risks come into play for these larger undertakings as well — having two or three turbines in a specific area is one thing, but having 100 near each other raises the stakes. For the reinsurance market, this presents an exposure situation that could accumulate with an onshore event, such as an earthquake or typhoon.

As catastrophe models are either being developed or adjusted for wind farms, the reinsurance market will have a better understanding of the frequency and severity of the events, leading to greater capacity being available. However, insurance and reinsurance markets are familiar with these concepts as well as modeling and managing such aggregations — a key example being Hurricane Ida, which affected offshore energy assets as well as exposures onshore in the late summer of 2021.

Weather and other natural disaster potentials differ significantly compared to the frequency and severity expected in Europe, but models and techniques do exist to assess these risks. The most significant difference is the potential for typhoons — or tropical cyclones. The need for partnering with government entities in China — by far the biggest growth area in the region — also presents certain challenges. In the longer term, we would expect the traditional reinsurance market to provide capacity for these wind farms.

The biggest challenge remains to be addressing the potential for natural catastrophe. As the technology of turbines evolves, they are expected to be more resilient regarding wind exposure. However, this is largely untested.

In addition, the technology and scale are still relatively new in the region. Specialized vessels need to be used, and supply chain and manufacturing capacity for the turbines are still evolving. Innovation in production has increased the average turbine size in China, adding to uncertainty: from 4 MW in 2018 to 5 MW in 2020, with 7 MW expected by 2025.

Further technological advancements by HZ Wind power, a subsidiary of the state-owned China Shipbuilding Industry Corporation, are leading to the development of a 210-meter rotor for offshore wind turbines, with a capability of 10 MW. New technology leads to increased risk management as the equipment is installed and tested over time.

What Are the Potential Risk Transfer Solutions?

China and Taiwan are viewed as high-opportunity markets. While Chinese developments have been driven mostly by domestic investment, Taiwan is attracting more foreign participants. China has an extremely formidable pipeline of projects (about $180 billion) until 2025. Taiwan is also strong (about $20 billion) over the same period, which is high compared to larger countries. Premium generation is expected to reach $2 billion by 2025.

There is high potential for coverage against losses due to delay in start-up, contractor’s error, business interruption and marine cover, with sub-sea cables and prospective technical failure of foundations presenting possible issues. The capacity to support these covers is already available in the market, but as the size and complexity of the offshore wind farms grow, the reinsurance market will need to expand to accommodate these exposures.

Parametric solutions could work well. For example, if coverage for a set amount was based on sustained winds in miles per hour affecting an offshore wind facility, that claimant would have confidence in knowing they would receive payment quickly as long as that wind threshold was reached, providing needed capital without having to present the detailed loss information otherwise necessary for a property claim. The other key factor here will be measurement of real-time data to support prompt settlement.

The biggest challenge remains to be addressing the potential for natural catastrophe. As the technology of turbines evolves, they are expected to be more resilient regarding wind exposure. However, this is largely untested in the quantities and weather conditions that would be encountered by these facilities. The modeling of wind farms is work that has already started and will assist in quantifying the potential loss in any one event.

A potential solution could be to separate the natural catastrophe aspect into government pools supported by reinsurance, segregated from other property risks inherent in offshore windfarm development. There is already extensive natural catastrophe capacity available for on-land exposures in this region.

Reducing uncertainty in this segment continues to be key in the advancement of the offshore wind power industry. As the business grows and technology advances, experience could demonstrate a reduced risk and consequently mean less expense related to this coverage. As the drive for renewables in general and offshore wind, in particular, continues to play an increasing role in reducing carbon output and supporting ESG concerns, it is extremely important to explore, evaluate and ensure coverage regarding the opportunities and risks inherent in these facilities. 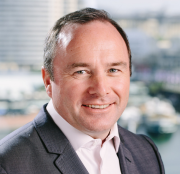